From October 12th till October 14th the CRC workshop on Time Integration of PDEs 2016 took place in the Kurhaus Trifels in Annweiler, close to the castle Trifels. The about 20 participants informed each other by giving talks on their latest results of their research. The main topics were Krylov methods, highly oscillatory problems, alternating direction implicit methods as well as locally explicit and implicit time integration. The breaks between the sessions were used for many fruitful discussions and exchanges of ideas and also for doing undisturbed research in pairs or small groups. The wheather was well-disposed to us, which we used for a beautiful hiking tour on Thursday afternoon. The productive workshop ended with a project discussion on Friday afternoon. 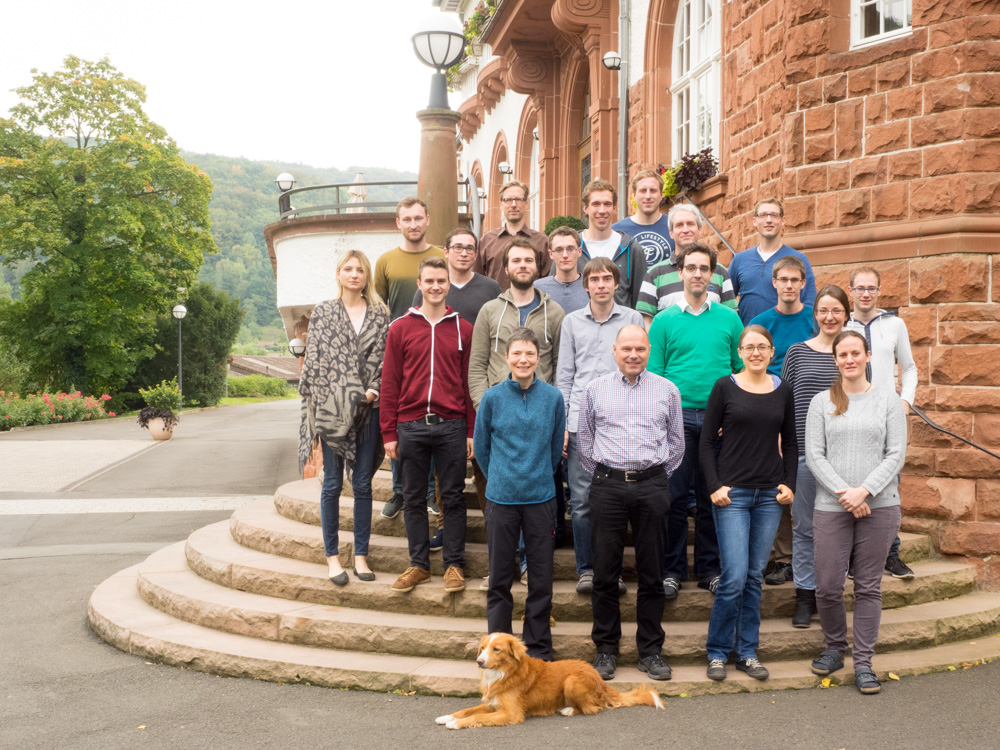 Conference photo of the CRC workshop “Time integration of PDEs 2016” in Annweiler.

Together with one of the organizers, Roland Schnaubelt, and the invited speaker Peer Kunstmann, Martin Spitz and I participated in the 10th Euro-Maghrebian Workshop on Evolution Equations. This series of workshops was initiated in 1999 with the aim of bringing together mathematicians from Europe and the Maghreb working on evolution equations, the first one having taken place in Marrakesh, Morocco. This time the scientists met in the small city Blaubeuren, Germany, located close to Ulm in the eastern Swabian Alb. The location of the workshop was the Heinrich-Fabri Institute of the university of Tübingen. It provided us with pleasant accommodation and a well-equipped lecture room. During the breaks many lively discussions between the participants developed and the nature in the surrounding, including the famous Blautopf, invited to go for walks.

Evolution equations, the topic of the workshop, arise naturally in many sciences like physics, chemistry and biology. They appear whenever the time rate of change of a quantity (e.g. a temperature, a mass concentration or a density of a population) depends only on the present state of the quantity. This covers a wide range of natural phenomena and leads to many different scientific questions.

During the workshop three lecture series were held, each of them consisting of three talks. Thierry Cazenave from Paris spoke about Finite time blowup in nonlinear heat, Schrödinger, and Ginzburg-Landau equation. He talked about the analysis of the first two equations and how to combine the properties of their solutions in the investigation of the solutions to the last equation. Mourad Choulli from Metz gave a lecture series about Elliptic and parabolic Cauchy problems. He was mainly concerned with stability estimates for the elliptic case and the extension of their proofs to the more complicated parabolic situation. Jürgen Saal from Düsseldorf gave insights into Systematizing the maximal regularity approach to quasilinear mixed order systems. He talked about the Newton polygon approach and anisotropic function spaces and their application to free boundary value problems. These three minicourses were accompanied by nine invited lecturers and about 20 contributed talks by the participants from Europe and Northern Africa on various topics concerning evolution equations, functional analysis, partial differential equations and inverse problems. 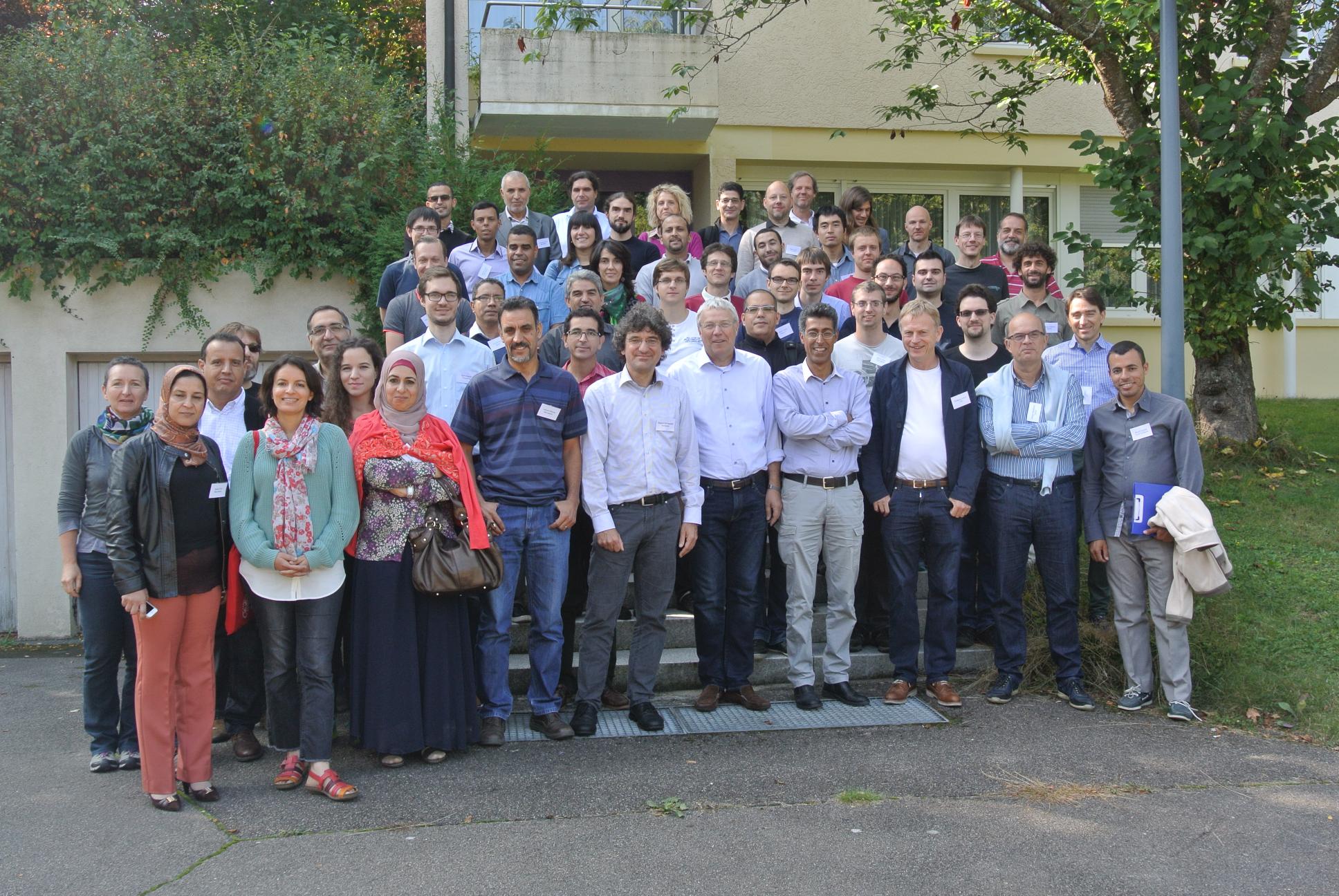 Conference photo of the 10th Euro-Maghrebian Workshop on Evolution Equations in Blaubeuren. 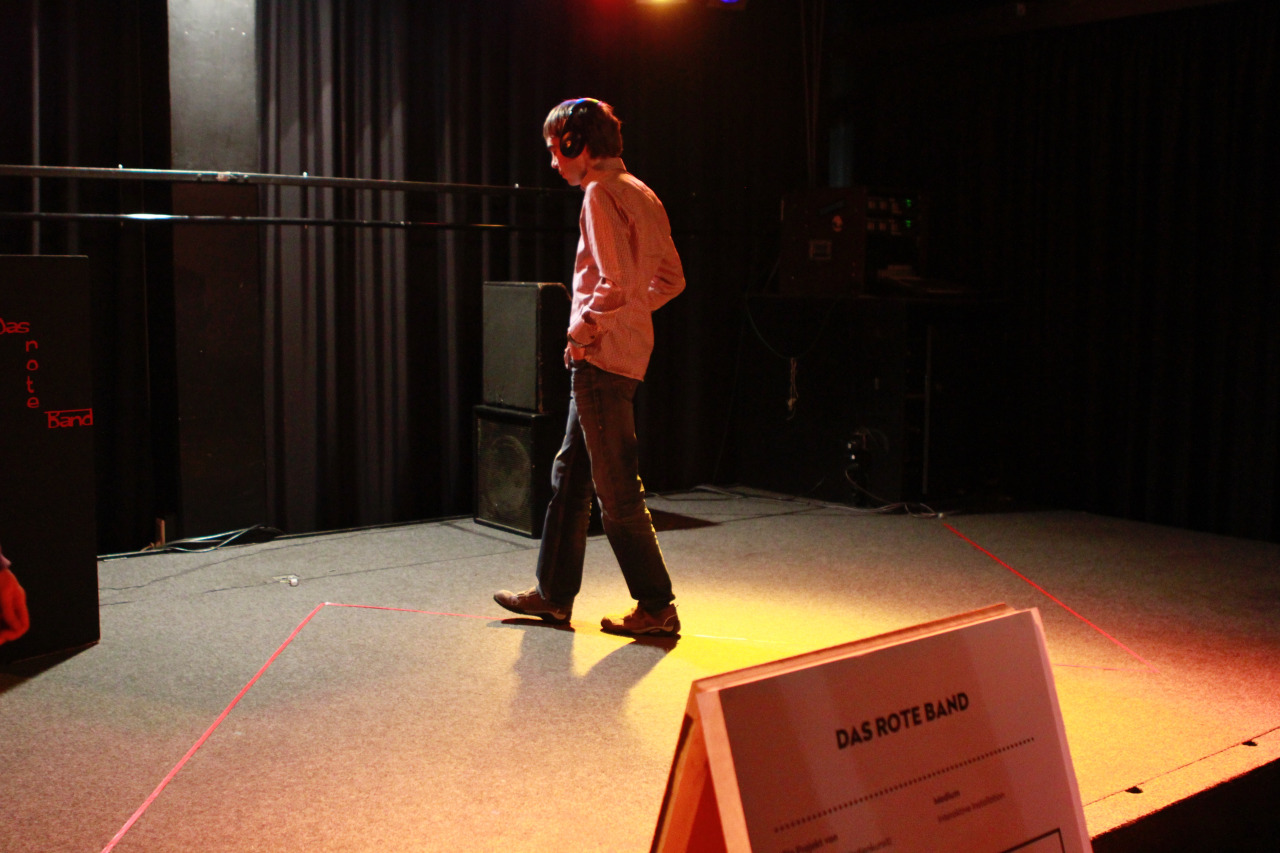 Almost one year has passed since the start of the Collaborative Research Center (CRC) 1173 – time for the First Annual Meeting. It took place in the Bildungshaus St. Bernhard in Rastatt from April 4th till April 8th. About 70 people – from Ph.D. students to professors – took part. Most of them were from the KIT Department of Mathematics, while some came from Stuttgart and Tübingen, and from the KIT Departments of Physics and Electrical Engineering.

The most important part of the meeting were the scientific talks. Each project was presented by an overview talk, which was given by one or two of its principal investigators. Additionally, several of the Ph.D. students got the opportunity to present the current state of their research.