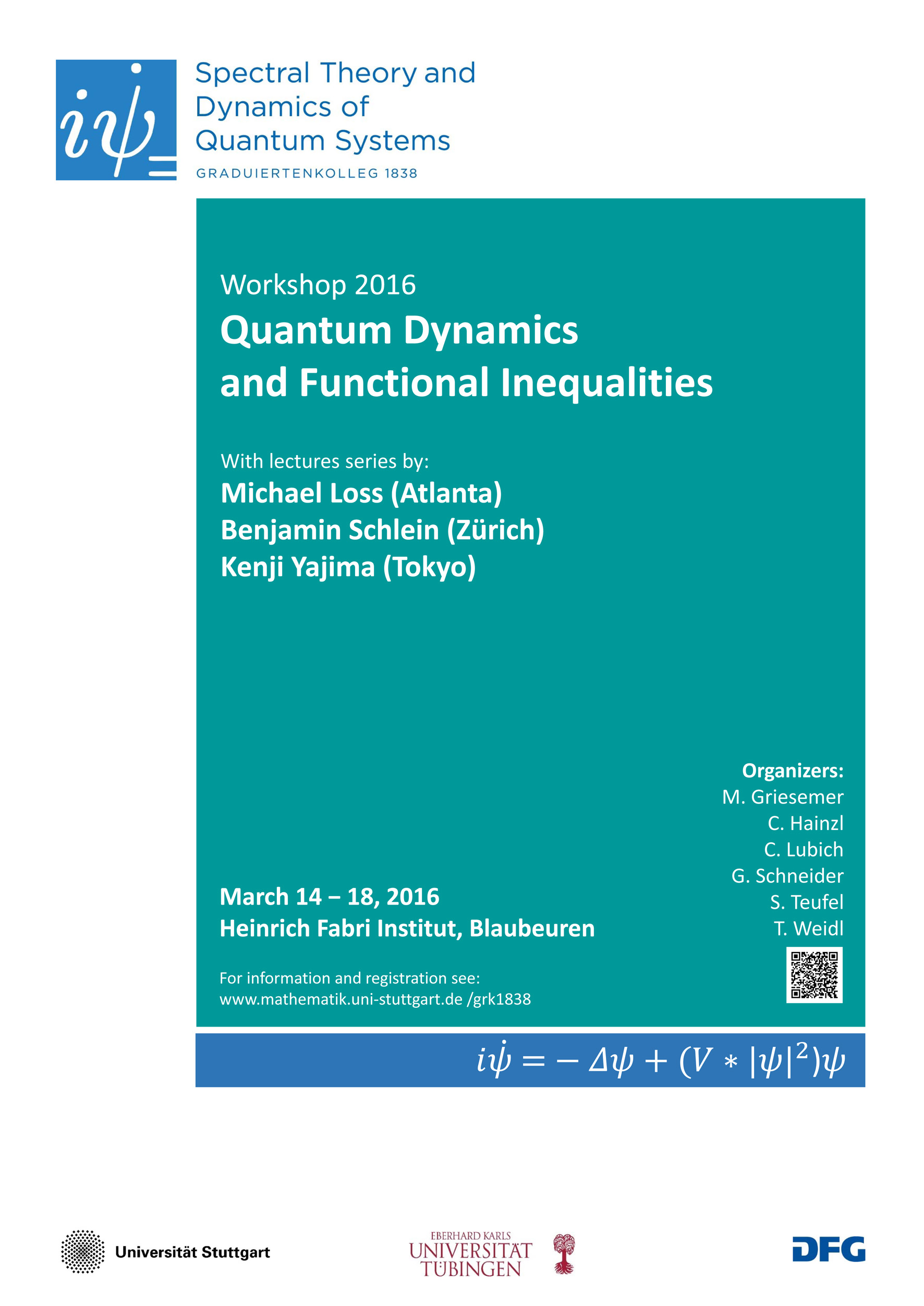 In March 2016, we, that is a small delegation of the applied analysis workgroup at KIT (Ioannis Anapolitanos, Leonid Chaichenets, Michael Hott, Johanna Richter, and Tobias Ried), had the opportunity to participate in a workshop on Quantum Dynamics and Functional Inequalities, organised by the Stuttgart/Tübingen RTG 1838 “Spectral Theory and Dynamics of Quantum Systems”. It covered a very diverse range of topics from mathematical physics:

Benjamin Schlein (University of Zurich) gave an introduction to the derivation of effective equations for quantum systems with a large number of particles. In the case of bosons this leads to a description of the dynamics of Bose-Einstein condensates.

The connection between functional inequalities and geometric problems, as well as their application in kinetic theory, were discussed by Michael Loss (Georgia Institute of Technology).

The topic of Kenji Yajima’s (Gakushuin University Tokyo) lectures was the existence and regularity of propagators for multi-particle Schrödinger equations in the presence of electromagnetic fields in a very general context.

The lectures, complemented by exercise classes, were excellent introductions to the respective topics. In between the classes, during the meals, and in the evenings, there was plenty of time to discuss the material, and to get to know the other participants and the speakers. Further highlights of the workshop included the guided tour of Blaubeuren (despite the heavy snowfall), a guided walk and the traditional RTG 1838 soccer match. 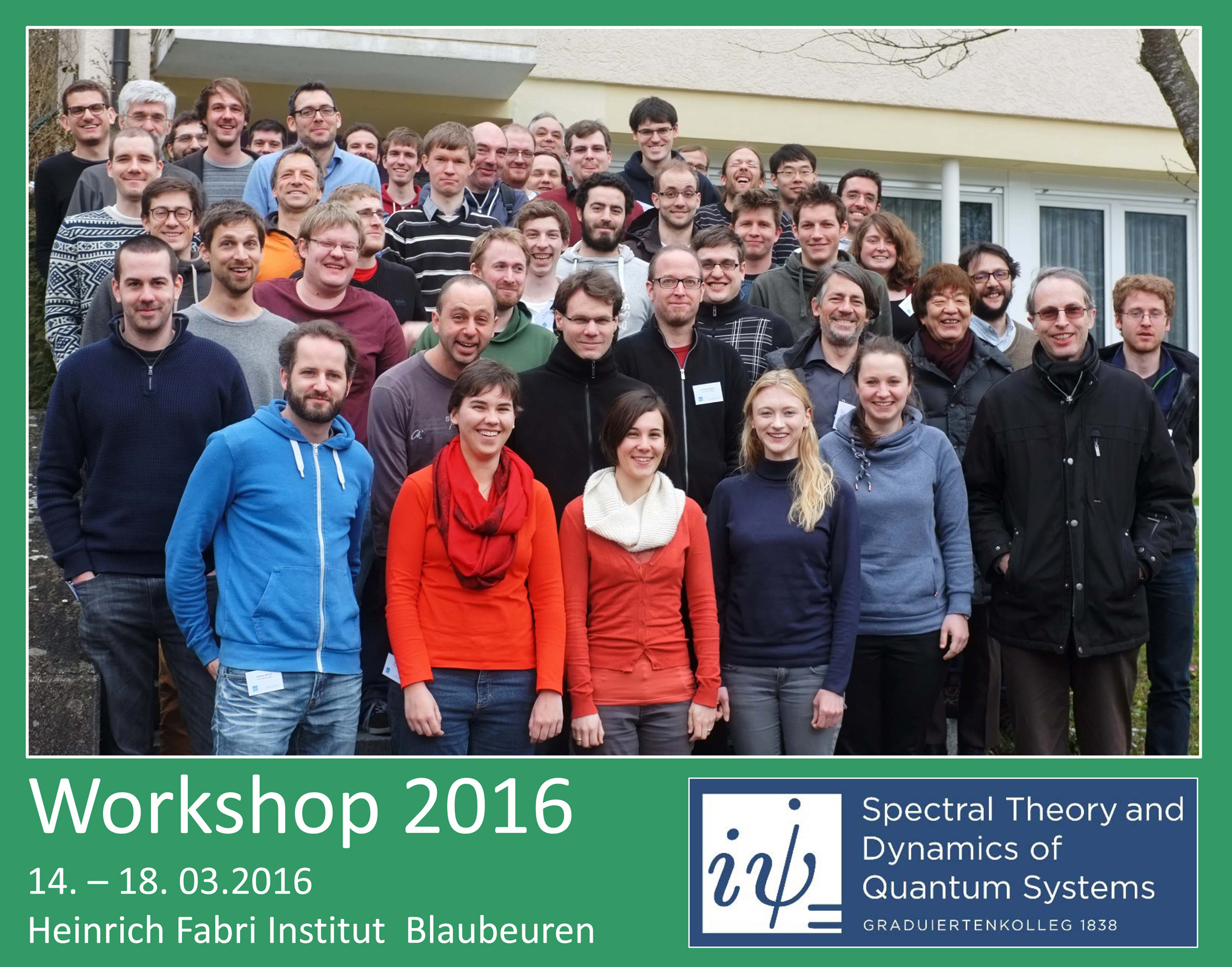 Unfortunately, the Heinrich-Fabri Institute in Blaubeuren, where the workshop took place, is closing at the end of this year. Otherwise it would have been a lovely place for the second annual retreat of our CRC next spring.